That’s right! I have officially launched a research and consulting company.

This blog will serve up the latest and deepest, but most accessible usable ideas about research, strategy, program design, and workflow in the non-profit and public health care sectors, not from my mind alone, but from the entity that is SPMRC.org! Stay tuned for more video, audio, interviews, etc!

This is good. However, smarter science deniers will say that you can do all of these things and still, knowingly or unknowingly, be creating biased/untrue findings; they say all of science is just a huge data cherry picking contest<–which is true, to a large degree! –> All the more reason to be thorough, reproduce, and #openscience, #data, #code, etc. Don’t walk away from or doubt #science, just do it better yourself, dig deeper, and we should train better and more student, citizen and professional scientists…. this is a no-brainer in my opinion.

Last week I was a guest on the Philadelphia local NPR station 90.9 WHYY RadioTimes, with host Marty Moss-Coane, Michael Siegal from Boston University, and Reuters reporter, Jillian Mincer.  I was proud to represent the Southeastern Pennsylvania Tobacco Control Project, a program of the Health Promotion Council of Southeastern Pennsylvania, an affiliate of Public Health Management Corporation. Feel free to share/link. Any questions, contact me at smccormick (AT) phmc.org.

Looks like the audio was removed, but if I can find a new link or get permission to share it directly, I will. It was a solid discussion. 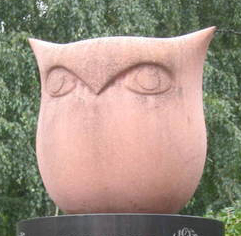 UPDATE: I successfully completed the Doctorate of Philosophy in Public Health at Temple University (concentration in Social and Behavioral Science)!! My diss is at the publishers. I will share links when they become available!!

In the meantime you can catch my work on ResearchGate.

Looking forward to the next big things and some structural equation modeling with the same smoking cessation, coping and urge data! No spoilers!

It’s great when conferences at least post the powerpoint presentations!  Thanks, Clean Air Council and everyone involved! I am using some of these sources for a paper I am writing!

In the December 2011 edition of the American Journal of Public Health a 10 year study of Washington state’s comprehensive tobacco control intervention found that for $1 spent by the state, they saved $5 in hospitalization and treatment costs. Wonderful! What an incredible investment! 5:1 return!

Here is a graph illustrating when their program went into effect and the decline in % Adults who smoke in Washington state (compared to the national rate).

The program consisted of indoor smoking bans, tax increases on tobacco products, media campaigns, a tobacco quit line, and community and school programs, among other components. This state-based program was meant to serve as a model for other states. Well, it looks like they did a great job. In terms of public health programs and cost savings of $1:$5 is excellent. So what happened? Washington Governor Christine Gregoire and the state legislature cut nearly all the programs funding for fiscal year 2012. Wait, What?!

Why would you de-fund a state program that is saving the state millions of dollars? Instead of writing in a little spending on tobacco control, they are essentially writing in five times the spending in state health care costs. The only explanation I can think of is that the state is so hard up for cash in the short-term that they are willing to kick those unfettered health costs down the road (and basically allowing for increased human suffering over the coming years). And/Or, given the current attitudes towards decreasing the roles of government, it may be that some folks view government-run tobacco control as outside the appropriate scope of government. Since tobacco does cost governments so much money in terms of care, it seems to me that they do and should have the authority to control the impact that tobacco has on the monetary bottom line. The health protection aspect is another story, one that gets at the heart of the arguments about the role of government.

Clearly, there is a lot of work that needs to be done in terms of high-quality research that demonstrates the cost-savings and health-savings afforded by public health programs like tobacco control programs. There is also work that must be done to frame the issue as one that governments should and very much need to be involved in.

$1000, $500 and $250 will be awarded to videos ranked first, second and third. The winning video will also be featured on a local broadcasting outlet.

Greenfest Philly educates the public about steps they can take to be more sustainable in their daily lives. The festival showcases 100s of exhibitors, providing a wealth of information and useful green products. By providing these educational opportunities and resources, Greenfest Philly wishes to impart that being green is something we can all do.

Greenfest Philly has been held the first weekend after Labor Day for the past 5 years. Urban Green Partnership, which created and grew Greenfest Philly, has passed the torch on to Clean Air Council to organize this exciting festival. This year we will be holding the event at historic Head House Square along 2nd St. between South St. and Pine St.

We hope you will join the Council on Saturday September 10th from 11am-5pm for music, food, fun and more!

—-Greenfest Philly is also looking for sponsors and exhibitors! If you are interested, please contact Martin Hage (mhage AT cleanair.org) at Clean Air Council.

p.s. I am DJing this event.

The Mid-Atlantic region is long overdue for a conference that brings together various stakeholders to discuss the impact of goods movement on public health. Conference topics include goods movement industry trends in the Northeast, impacts on nearby communities, and collaboration to develop cost-effective solutions to reduce air pollution from goods movement. Bringing together health professionals and policy makers will allow these leaders to work together to develop and implement region-specific policies and solutions.

The FDA has released the first warning images to be placed on tobacco products. This move follows suit with other countries around the world who have adopted imagery to discourage tobacco usage.

SPM Research and Consulting | Blog
Create a free website or blog at WordPress.com.